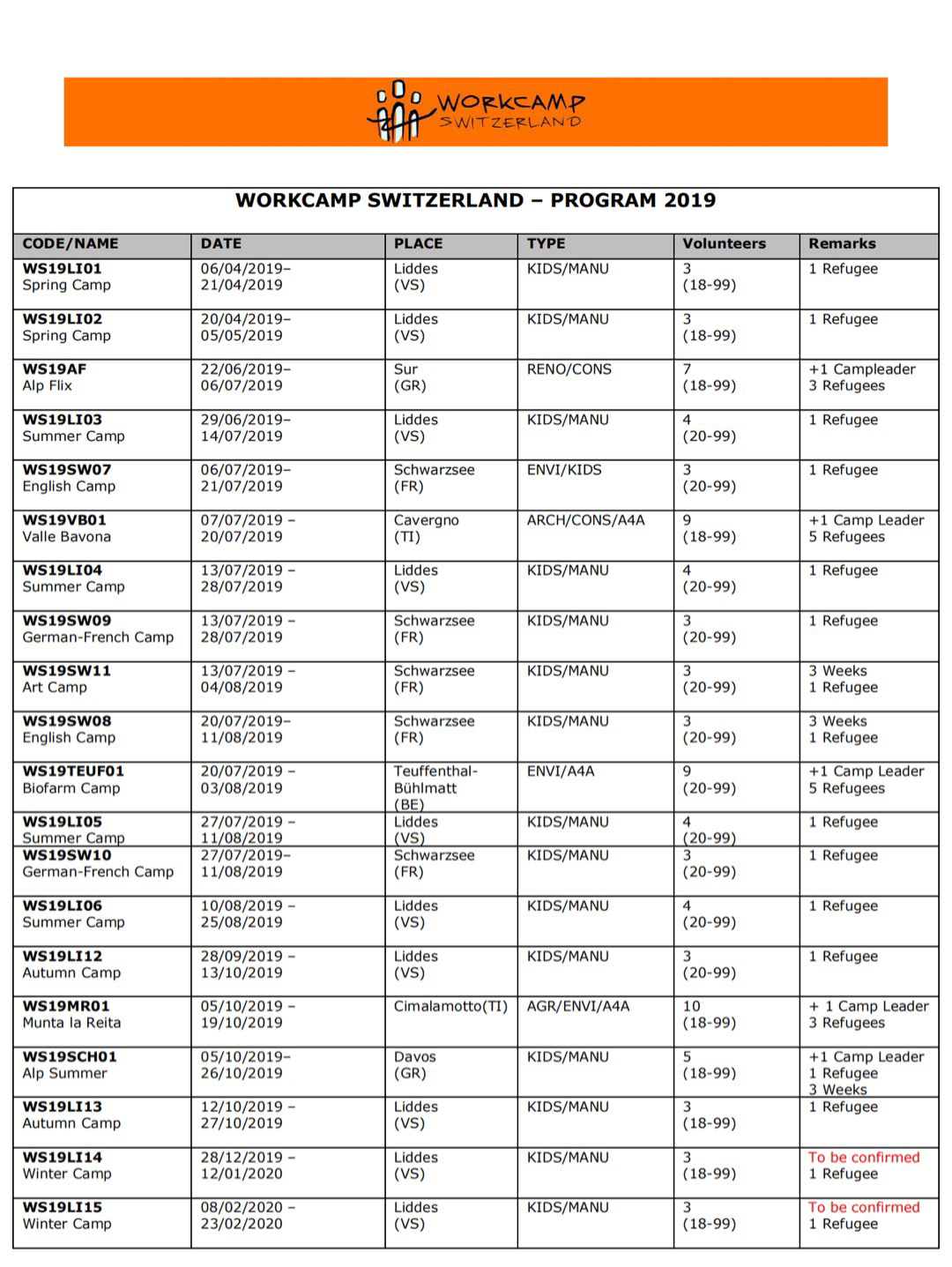 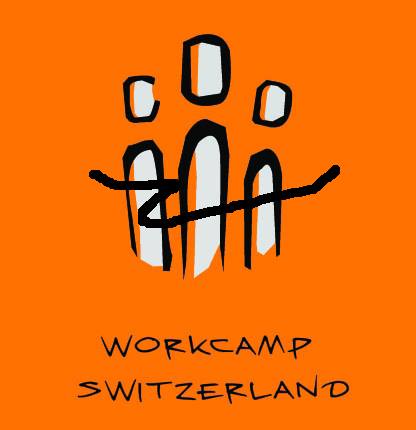 of motivation. Executive directors are Simone Thommen and Ruedi Roth. They are responsible for project planning, placing

Workcamp Switzerland is glad to have seven committed board members on their side, who are supporting Workcamp

Switzerland to accomplish its ambitious objectives.

The idea behind the foundation of Workcamp Switzerland had Sophie Kaiser. She volunteered in different projects in Europe

and Latin America. Her experiences got it on to organise Workcamps in Switzerland and to place volunteers abroad. On 10th

Beside her own belief and sound idealism, there were many other convincing reasons to found Workcamp Switzerland:

A survey of 2003 by the university of Bern department social work, showed that the great demand for voluntary work abroad

exceeds the supply. Apparently not for everybody a voluntary service abroad is possible. Workcamp Switzerland wants to

contribute by providing more possibilities in this field to young people.

Workcamp Switzerland got assistance by the Alliance of European Voluntary Service Organisations. To this international

network belong several national workcamp organisations; members of 29 countries, which cooperate with many other partner

organisations worldwide. Up until now without a Swiss organisation, Workcamp Switzerland closed this gap.

but also older people are working beneficially to support local projects in the social, ecological or cultural field. In the meantime

the volunteers get the op-portunity to get to know other countries, to meet people from different cultures and to learn something

from the society and the environment they’re working for.
The aim of these workcamps is not only to support needy projects but to learn from the inter-cultural exchange. It’s a way to

fight against racism and it advances young people to act so-cial, to think globally and to get education through the work and

travel experience. And it is an experience for life that the volunteers will never forget. A workcamp means unconventional

holidays, a memorable time far away from the tourist destinations, to get to know culture and the inhabitant of a region very

closely and to work for a good purpose.
Workcamp Switzerland was founded as an association in 2004. It is politically and confessional neutral. Workcamp is since

November 2012 a member of the international network “Alliance of European Voluntary Services Organisation”.