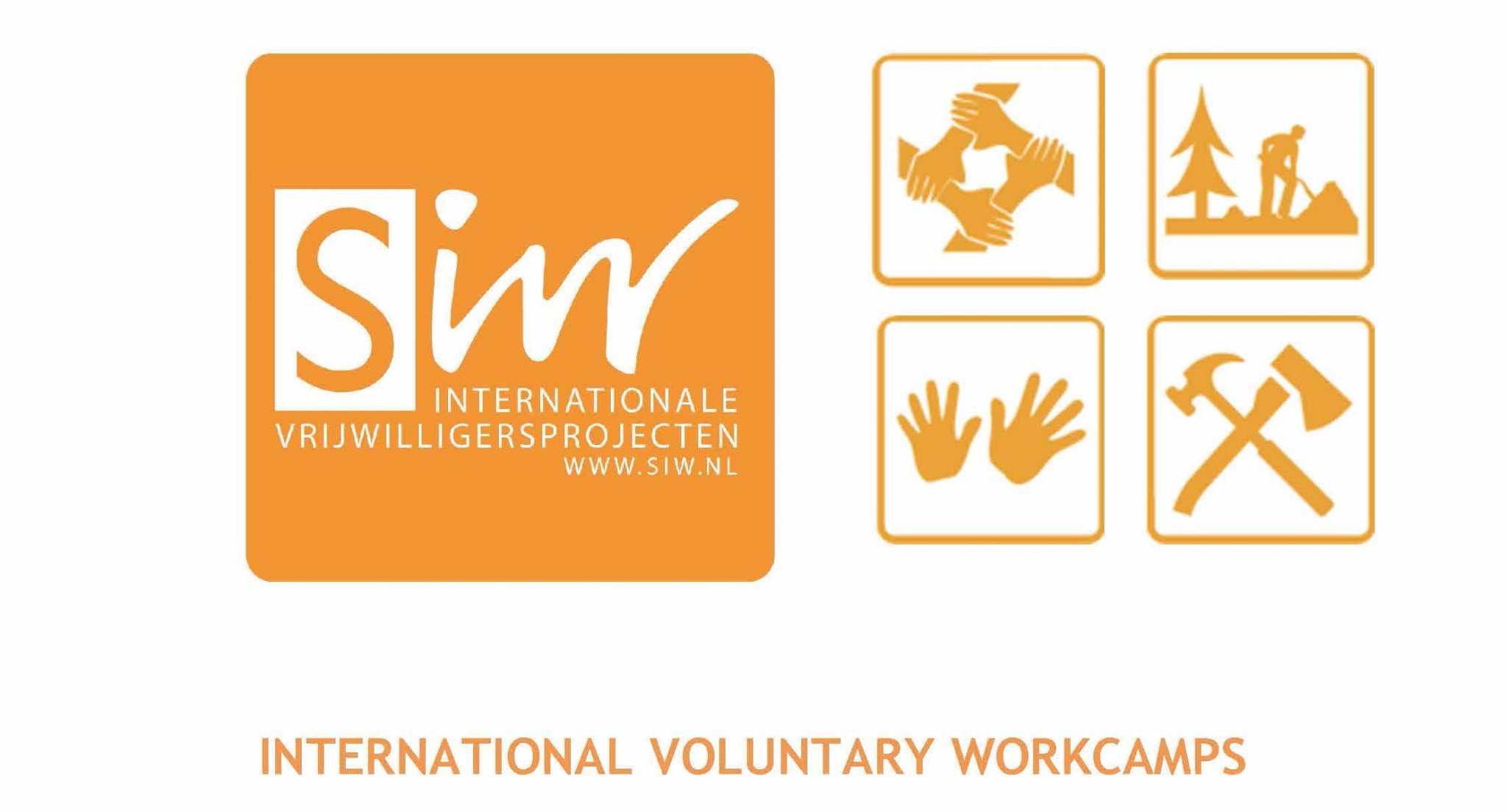 voluntary service organisation that was founded in 1953.Every year, SIW sends approximately 171 volunteers to foreign

sister-organisations in Europe, North America, Asia, Latin America and Africa; in total about 120 organisations in more than 70 countries.These volunteers can choose between voluntary workcamp projects (2 to 3 weeks) in international groups,

(province of ‘Fryslan’). Candidates from 32 EVS program countries can apply and the period of volunteering is one year.

Besides that, SIW organises around 5-7 international work camps in the Netherlands every year. Most of these take place

in summer and last for two weeks (short-term projects). We organise these work camps in cooperation with Dutch social

homelessness) and cultural or festival organisations. In the past years SIW has welcomed up to 100 volunteers from

all over the world.
The mission of SIW is to stimulate people to broaden their horizon. This is achieved by bringing volunteers into contact

with different cultures. This way, SIW wants to facilitate international contact and understanding, contribute to the personal

growth and development of young people and encourage them to carry out social, cultural and environmental work.

That work is offered in our projects in the Netherlands and in the projects organised by partners from our network abroad.
Since the summer of 2015 SIW had to say goodbye to the paid office employees. In return we welcomed new volunteers

over the course of 2016 and 2017 who helped us organize inspiring projects in the Netherlands. Thanks to the current

total of 70 volunteers in our organization, SIW is able to serve volunteers from all over the world!