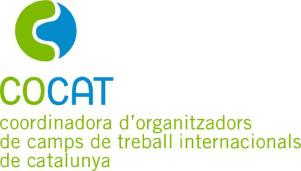 organizations. COCAT is the link between the international and the national (local) levels of voluntary movement. Our work

camps are like sceneries of the global and local relations in the field of voluntary activity.

The development of networking is our aim and our methodology: synergies are our goal.

Workcamps
Our workcamps are non-formal learning proposals for young people coming from many different countries and cultures.

Catalonia
All our workcamps will be implemented in small cities and villages of Catalonia. It is good chance for volunteers to know

more deeply our country, learn its picturesque landscape and traditions. Catalonia is situated in the North East of the

traditions. The Catalan landscape is very varied: Pyrenean Mountains contrast strongly with coast regions, desert landscape are mixed to the most beautiful Mediterranean ones. The historical invasions and political conquests, gave

The current administrative structure of Catalonia, after 40 years of dictatorship and denial of its language and traditions,

was defined basically by the Statute of Autonomy (1979, revised in 2006) and by the political institutions of the Generalitat

Language
The language of the country is Catalan, one of the groups of western neo-Latin languages together with Spanish,

Portuguese and French. However, everyone learns Spanish at school so there is no problem for non-Catalan speaking

Catalan culture is a ten million people community, living in France, Spain and Alghero (Italy). Catalan is a living language

What do we do?

The NGO DeAmicitia is a partnership with budgetary independence by using diverse sources of funding. Their accounts are tapped, loque ensures transparency, legality and social responsibility.

costs of our work.

The remaining 60% is obtained from public and private grants, donations from individuals anonymous, in-kind contributions

Amicitia originally born as a result of the lack of environmental advice specifically dedicated to NGOs .

attacks on nature, but are ineffective when denouncing and go to court for various reasons:

Its members are not experts in environmental law and are often unaware of the rules.
Most specialized lawyers working for private enterprise.
The Spanish Justice, for various reasons, not always applied rigorously strict European standards.

forget and offers the public a much more friendly and constructive face of environmentalism .

participation of Spanish volunteers in workcamps or volunteer campsdistributed by numerous countries.