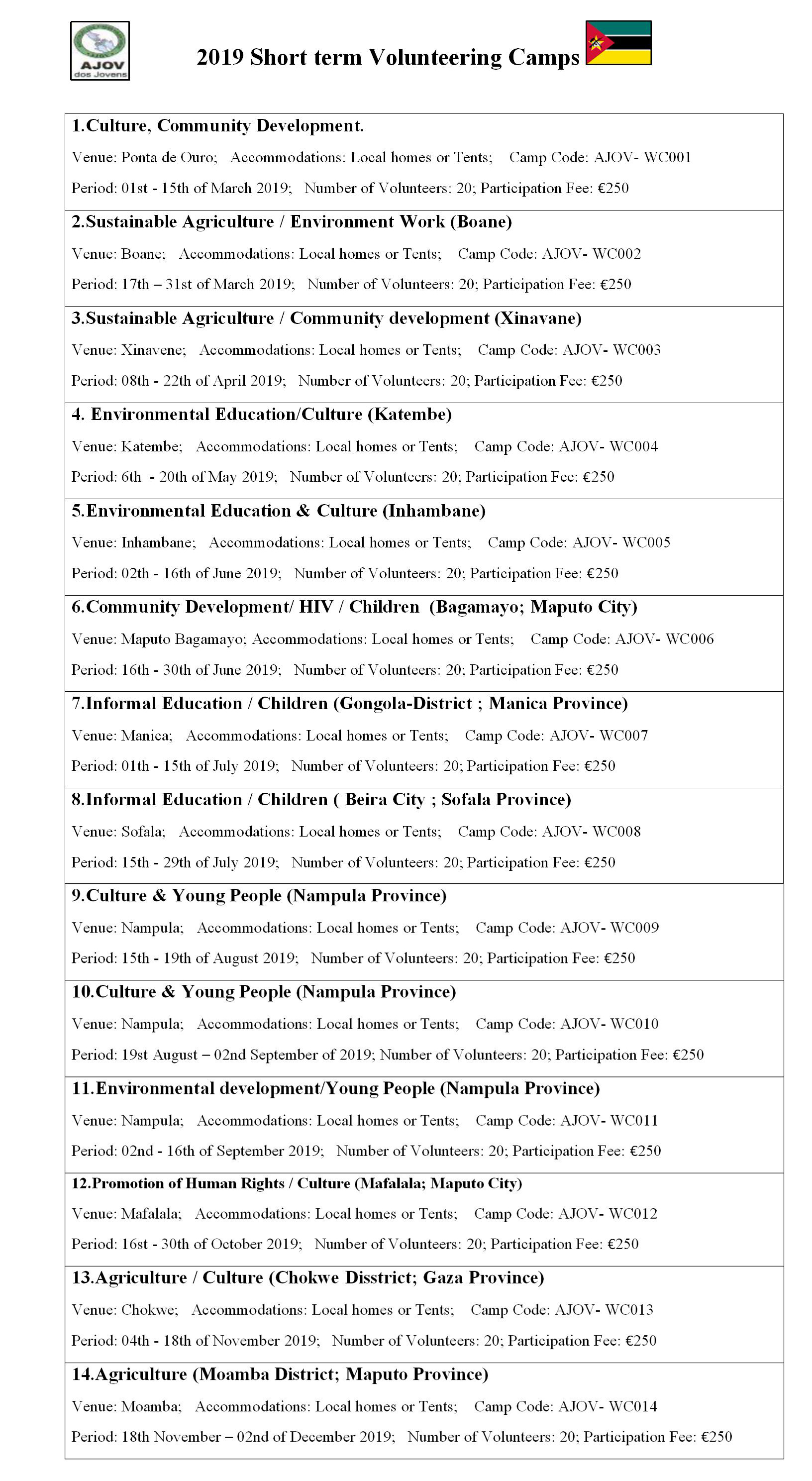 INTRODUCTION
Mozambique is facing many social problems and for you, as a volunteer there are a lot of activities to get involved in.
But Mozambique is much more than the misery you might have been watching on your TV, in magazines or movies. What you will encounter when coming here is the friendliness of the 3 people, the rich culture, exciting history, beautiful nature with some of the best coral reefs and beaches in the world.
In the capital Maputo you will have all you can expect from a modern city and on the weekends its nearest beaches are

crowded with people for a party. Other parts of the beach are for people coming for a picnic and for relaxing.
Buses can take you around the country to the bigger towns as well as the neighbouring countries.
We hope this National Profile will give you a good idea of being a volunteer and you are most welcome to contact us for any

FACTS ABOUT AJOV
Associação dos Jovens Voluntários (Association of the Young Volunteers) – AJOV. It is a non governmental and non-profit

organisation which was officially registered by the Government of Mozambique on the 16th june 1999. The main objective of

AJOV is to develop volunteer work on
behalf of the communities that need solidarity. It is presently composed of 50 members who are engaged in solidarity activities all over the country.
In the organization’s five-year history, it has been involved in interventions in different capacities in collaboration with other larger organizations, as highlighted below:

AJOV runs other exchange programs being short-term workcamps that mainly run for two or three weeks.