Brief History
NICE was founded on the 4th Feb. in 1990 by the 7 youth who had done the workcamps or other types of
voluntary service programs abroad.
In Sep. 1990, the first international workcamp of NICE was held at the foot of the Mt. Fuji of Japan.
It has been developing rapidly and variously with huge needs projects & motivations of people!
Aims and Goals
Achieve the Healthy & Colorful World!
We believe, health can be a key, one of the most important values toward the post-modern civilization. We mean not only

physical health of human bodies,but also mental, ecological, cultural, economic and communal health!
Many people seem afraid that a low carbon society may bring us inconvenient,uncomfortable and unhappy life, but if we

put more value on “health”, it may not!

To protect/ create a colorful world is our another important goal. This means,Diverse ecologies, cultures and personalities

are harmoniously co-existed and glittered. Potential of each actor can be more brought out with various standards! 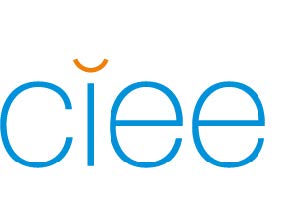 Council on International Educational Exchange (CIEE) is a nonprofit, non-governmental organization, and the world

leader in international exchange. Since 1947 CIEE has helped thousands of students, professionals, and educators gain

working in more than 45 countries to deliver CIEE’s diverse programs and services.

CIEE is governed by an international Board of Directors. The Board includes representation from members and concerned

In 1965 CIEE established an office in Tokyo, Japan. For 52 years, CIEE Japan has served more than 70,000 participants

through a wide variety of programs and services for students and teachers at the secondary through university levels. These program offerings include individual short-term program such as international workcamp and homestay, Internship

prefectural Board of Education.

Since 1981, CIEE Japan has been working closely with the U.S.-based Educational Testing Service (ETS) on administration of TOEFL® Test and acts as a regional representative in Japan for various ETS products and services.

mutual understanding with people from different cultures, and increase awareness of importance of friendship in our globe.

CIEE has the central office in Tokyo as well as the regional branch in Kyoto and Fukuoka. In 2015, CIEE Japan celebrated

Way to the Alliance
Originally, CIEE US was the member of the Alliance. Later, CIEE Japan began to work with the Alliance to spread out the

importance of IVS movement. CIEE Japan applied for associate membership in 2006, and accepted in 2010. Motivation for

being a part of the Alliance has been consistent.

CIEE Japan organizes the training for camp leaders and conducts the pre-departure orientation for outgoing volunteers.

Feedback from our volunteers as well as the host institution of incoming volunteers became quite positive over the years.

Japanese because local partner hardly speak English and each volunteer is a huge asset.
accommodation
of) the workcamps.

Invitation letter fee
A volunteer who needs a visa to Japan have to request CIEE Japan for the invitation documents. In 2017, CIEE Japan

charge 20 EURO/person for this process. This fee will cover approximately 80% of shipping and issuing the invitation letters, and CIEE will cover the rest.

Group Leaders
We assign 1 project leader in each camp. We recruit leaders according to their motivation, English skill and experiences

requested by the host organization. Since the project leader acts as a coordinator, an advisor and most of all a good

communicator to bridge volunteers with the local community, we carefully select a qualified person for the position. Once

the leader is assigned, we provide 2 days training camp so that he/she understands the role and responsibilities for the

project. Once the workcamp begins, we closely work with local coordinator and the leader so that each camp goes

smoothly. After the workcamp finishes, we share the project report from the leader with the host organization, in order to

improve the quality of the camp in the future.