non formal education. We are engaged in the world-wide movement of international voluntary services (short term and

long term) through partnerships with around 120 organisations in more than 70 countries.
Our national association is composed by 6 regional associations, with an international placement office in

Each of the regional organisations run permanent projects independently from each other, but they work together on the

Clermont-Ferrand.
We organise around 30/40 international camps every year (and through out the year), some of them are for younger

volunteers (14-17 years old), and others are for +18 volunteers with no upper age limit. All our adult projects are open to

senior volunteers.7Another large part of our activities is to develop activities with people facing social or economical

difficulties.
Our regional organisations manage 50 local inclusion work projects with young or adults facing exclusion. This is the larger

In 1962 Etudes et Chantiers - ANEC has started to organise workcamps for Teens. They are organised following the “Minor’s Protection Act” under the control of Youth and Sports ministry. These rules facilitate the organisation of workcamps and the security of the volunteers.
Volunteers achieve a concrete project; they work about 25 hours per week.
The leader team is composed, according to the French law, of 3/4 people (for workcamps of 20 teenagers) who are qualified in leading; they are paid staff and they are responsible for the volunteers. Teenagers are taken in charge on their arrival at the train station; they can’t leave the camp without an authorisation signed by the parents and sent to our organization
Each volunteer must send a “health form” with the confirmation of arrival at least 15 days before the camp starts.
Camp languages are French and English in every project.
On each project we open at least 1 or 2 places for youth facing social difficulties (like living in orphanages). Be aware that these volunteers expected a lot from a workcamp experience; good contacts with International volunteers are really important for them.
Insurance: our association covers the volunteers from the first to the last day of the project for third risk, individual accident, repatriation. Our insurance does not cover lost or stolen objects, or illness (except those due to accidents).
Volunteers from the E.U countries MUST bring a European Health card to cover their cost (medical, pharmaceutical and hospitalisation cover).
For all our teenage workcamps international volunteers must pay extra-fees (250 €) before going to the project by bank transfer or by cash at the arrival to the leader. The extra fees cover a part of the camp leaders’ salaries and costs

Concordia is a French national non-governmental and non-profit making organisation, founded in 1950 by English, German and French youngsters. Their aim was to enhance the values of tolerance and peace after the 2nd world war by organising

international workcamps of young volunteers.
The main objectives of Concordia are the following:

Workcamps are a perfect tool to reach these goals:
Participating in a workcamp means working voluntarily during 2 or 3 weeks at a project of a common utility, such as

environment, archaeology, culture, patrimony. It is a form of informal education, but also an opportunity to discover a new

region and its inhabitants. The participants get to know the real life of a small community, as well as the culture and

customs of other volunteers, who come from all around the world.
Every year Concordia gives the opportunity to more than 700 French youths to get involved in its partner projects abroad

or in its projects in France, and hosts around 800 foreign volunteers on its own workcamps in France.
Concordia is a member of 2 major international networks and one national which support voluntary service:

countries
aegis of UNESCO in 1948 and coordinates about 300 organisations worldwide.
The other activities of the association continue throughout the year with weekend or short holiday workcamps, mid and long
term voluntary service, inclusion of young people with difficulties, study and activity groups (North-South,International),
sending and hosting volunteers of European Voluntary Service. Concordia also organises various trainings throughout the
year.

Those who wish to be even more involved in Concordia’s activities can be elected at the management committee;

Concordia is a democratic organisation, led by dynamic and motivated volunteers as well as young people, and supported

by paid staff. Today the management committee counts 15 members, there are 1500 subscribers, 30 employees and 200

Midi-Pyrenees, Normandy, Picardy, Provence-Alpes-Côte d’Azur, Rhône-Alpes and South-East of France.
Concordia has the approval of the French Ministry of Youth and Sport and the Ministry of the Environment. 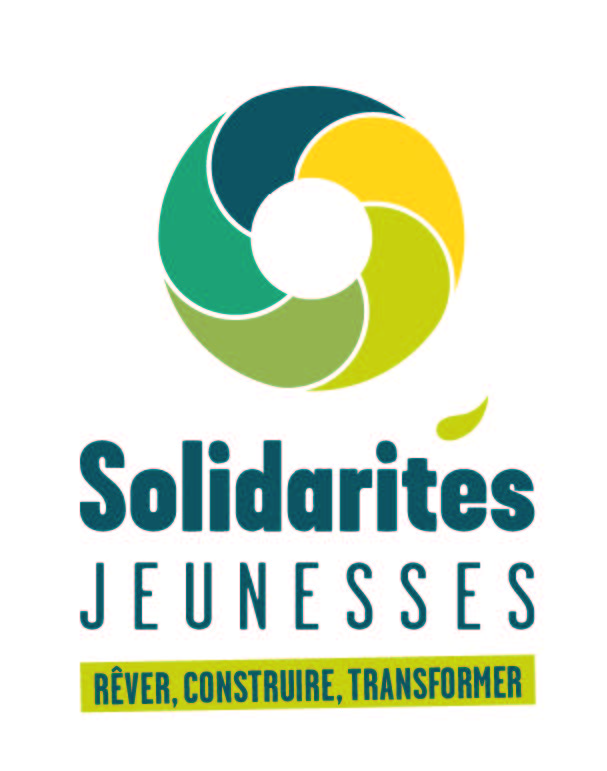 political will, and social solidarity as its core principles. Our course of action is influenced by our ideal vision of a society

where progress is social. Respect for human beings and the environment is a fundamental and shared value, and the

freedom to choose, to dream, and to resist is innate and encouraged by all.

Our activities are organised for all, regardless of gender, social and cultural background, or nationality. Since its

creation,SJ participates in the construction and maintenance of peace by promoting intercultural and international social

connections in France and abroad. SJ works through participative pedagogy which supports initiative and personal

commitment,and combines the skills and intelligences of all our volunteers, active members and staff.

Solidarités Jeunesses is composed of a National Secretary based in Paris, eight regional offices, and one partner

association. Our delegations host volunteers from France and from all around the world for short or long periods of time all

year round. Furthermore, the partner association and the delegations host and provide assistance to young people with

fewer opportunities, as part of our efforts towards inclusion and solidarity. All of our delegations and the partner association

are situated in unique environments, such as castles, former camp-sites, isolated villages in the heart of mountains, and

former factories. These places have all been renovated thanks to the work of our short and long-term volunteers, workers

SJ has been working in partnership with national and international networks (Cotravaux, CNAJEP, CCIVS, NVDA and

Aims and objectives: Jeunesse et Reconstruction is a youth organisation, whose aim is to favour and promote

international youth exchanges, through the means of voluntary service, regardless of social, racial or religious background

groups.
give a possibility to the volunteers to practice French. Social camps are also indicated as French-speaking because
knowledge of French is compulsory.
佛山市南海区桂城街道佛平三路1号金色领域广场四座4219      dreamwalkerchina@gmail.com     0757-8879 2629     周一至周五 9:00-18:00
Copyright © 志愿行者DreamwalkerChina官网. All rights reserved. 网站备案号：粤ICP备19009745号